He’s gone up against the spirit of this age. He’s broken the rules of the religion of political correctness by telling the truth. In doing so he’s exposed that “tolerance” is only tolerant of it’s own.

Now he must either recant and bow down to the god of this age or he must pay The Price. And he must be seen to pay the price to deter any others from trying to challenge this god.

It’s the new statue of Nebuchadnezzar. Bow down when the music plays, dance to our tune, or be thrown in to the fire.

And he is being thrown in to the fire. People are literally saying to him “your career is in tatters, where is your God to help you now?”

Thrown to the fire by the public, thrown to the fire by the Christian leaders… Our Christian PM has issued a carefully worded statement about being sensitive to others. Neither has Brian Houston (head of the biggest church in Australia Hillsong), supported his persecuted brother.  Rather Houston openly condemned Izzy on Twitter, then deleted his comment and has written a more sugar-coated condemnation of him for a left-leaning publication.

To me, it comes down to this: who are we sold out for? Izzy is sold out for Jesus, to the detriment of his career and a $4 million contract. Sadly it seems our Christian leaders sold out to this world long ago. 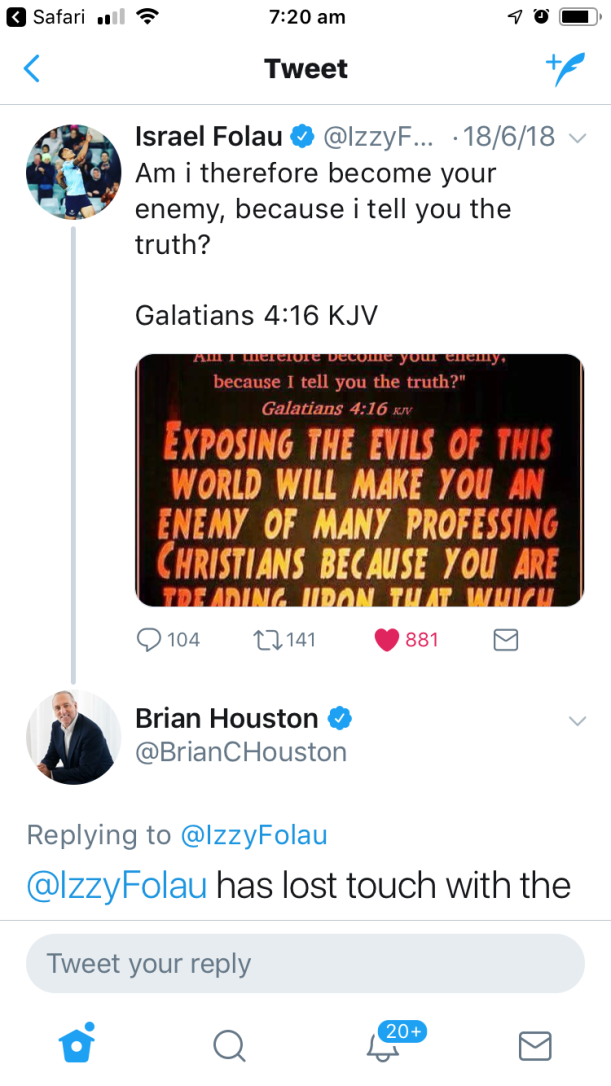 Meanwhile as the world chants for Izzy to be thrown to the fire, the great cathedral of Notre Dame burns…