There can be no doubt that the emerging religious synthesis between the Emergent Church and the Mystery religions is part of Satan’s plan to usher in a false religion.  A One-World religion, paving the way for the Anti-Christ, is coming.  In fact, the unity of all religions in a One-World system is a stated purpose of the New Age/occult (The Emergent/New Age Connection)

But when “Christianity” begins to say the same thing as the occult then it is time to wake up and take notice of what is going on.

This began all the way back in Genesis at the Tower of Babel. This is not a “new” or “re-imagined” Christianity, but rather an ancient scheme of Satan designed to bring together a united rebellion against the only true God.

But how will Satan do it?

Integral Consciousness is an “emerging area of discourse” within philosophy. 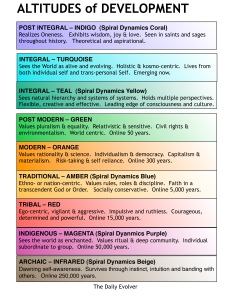 Where Post-Modernism de-constructed the foundations of absolute truth, Integral Theory/Spirituality, promoted by Ken Wilber, seeks to build a new platform of truth and reality.

This new platform is created by bringing together a synthesis of the “best of pre-modern, modern, and postmodern reality. It is portrayed as a “theory of everything” and offers an approach “to draw together an already existing number of separate paradigms into an interrelated network of approaches that are mutually enriching.” (source: wikipedia)

Think of it like this: Post-modernism philosophy broke down (de-constructed) everything that we previously had accepted as truth – whether it was in art, design, philosophy or religion. The broken bits and pieces of truth’s foundation were left lying around for anyone to pick up and create whatever truth they wanted out of the mess. Every part equally true and important as the next, a level playing field of truth was created (otherwise known as “relativism”).

(I am engaging poetic licence at this point): Now along comes Satan, rubbing his hands at the field of broken truth. He picks up all the “best” bits of these broken truths and starts fitting them together until gradually a form emerges…. The best way to entice and seduce humanity? “Peace – they all want that: I’ll put that bit of Buddhism in;… “Love” , yes, that will stick – a bit of Jesus’ teachings will do here; ….Unity – ooooh that’ll really get ’em going – I’ll take that New Age concept of unity and stick it right in the middle there. Hmmmm – now what to stick it all together with…? – Aha! Human Integral Theory – that will be the glue.”

You may wonder how this post-post Modern philosophy will be sold to humanity. The answer is simple: Pride – the oft-proven and thus oft-repeated method. Human pride in philosophy and intellectualism is appealed to by Satan and used to aid his plans.. As we saw in The Emergent-cy of Post-Modernist Christianity , philosophy does influence and shape culture.

Satan is now using human Integral Theory to re-construct a new reality out of the debris of post-modern deconstructionism.

This is the philosophical Tower of Babel.

This philosophical Tower of Babel will then be expedited by mysticism into integrating all religions, including a form of Christianity, into a synthesis of the “best” of each religion.  (See: Mysteries and Mysticism) This will create a false religious system which the Bible calls the “great harlot” or “Mystery Babylon”: 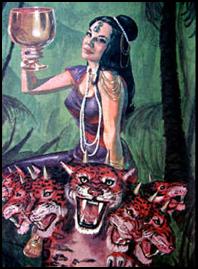 “And I saw a woman sitting on a scarlet beast, which was full of names of blasphemy, having seven heads and ten horns. The woman was arrayed in purple and scarlet, and adorned with gold and precious stones and pearls, having in her hand a golden cup full of abominations and the filthiness of her fornication. And on her forehead a name was written:

THE MOTHER OF HARLOTS AND OF THE ABOMINATIONS OF THE EARTH

Notice the beast which the woman sits on – the false religious system will “ride on” the united One-World government. The tenth horn on the beast’s head is the Anti-Christ, which is also riding on the One-world government.

It is crucial to understand that what is occurring within the Emergent Church, and the world at large, is opposed to Jesus Christ Himself. Jesus Christ is God’s appointed Ruler. He came to earth the first time as the humble, obedient Lamb. The second time He is coming as the Lion of the Tribe of Judah, Judge and Ruler. God has exalted Him far above all rule and authority.

This knowledge absolutely infuriates Satan. Satan hates Jesus with an undying passion. He is jealous of Christ’s authority and position – for this is the very position to which he tried to exalt himself (see Isaiah 14:12-15). When Satan sets up the anti-Christ as the authority on earth it is his way of trying to usurp Jesus Christ’s rightful authority as King of kings. Satan ultimately wants to be worshipped and will receive worship through this person of anti-Christ.  The anti-Christ is a substitute of the real Christ. We must realize that when absolute truth is attacked, down-graded or dismissed, it is a direct attack on Jesus Christ Himself. Truth is not a disembodied philosophy nor theory. No – Truth is a person – Jesus Christ. “I am the Way, the Truth and the Life” said Jesus Christ, John 14:6.

Anti-Christ – is a counterfeit “Christ” opposed to the true Christ.

The great harlot – is a counterfeit religion opposed to the true Bride of Christ.

Make no mistake: there is another “Christ”.

And this false Christ is already making headway into the Church.

Integral Theory/Spirituality and the Emergent Church

So has Ken Wilber’s Integral Theory entered the Emergent Church?…

Rob Bell: “For a mind-blowing introduction to emergence theory and divine creativity, set aside three months and read Ken Wilber’s A Brief History of Everything.” Velvet Elvis, pg 192

Brian McLaren: on “A Theory of Everything and “The Marriage of Sense and Soul”
“These two books by philosopher Ken Wilber are not the next Christendom Christian books, but the way of thinking Wilber promotes and exemplifies which he calls integral thinking and which I call emergent thinking  is powerful and important, in my opinion.”

“But I am afraid that, as the serpent deceived Eve by his craftiness, your minds will be led astray from the simplicity and purity of devotion to Christ. For if one comes and preaches another Jesus whom we have not preached, or you receive a different spirit which you have not received, or a different gospel which you have not accepted, you bear this beautifully.” 2 Corinthians 11:3, 4

(On Jan. 21, 2014, Kenneth Copeland Ministries received a personal video message from Pope Francis calling for “unity” which caused a leader to declare “Luther’s protest is over!” (ie Protestantism)  Watch his message here and Kenneth Copeland’s reaction to it: http://www.youtube.com/watch?v=eulTwytMWlQ)

23 thoughts on “A Harlot, an Emergent and a Pope Walked into a Bar…” 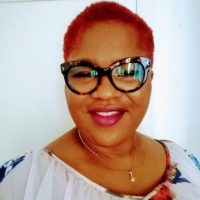 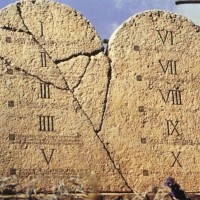 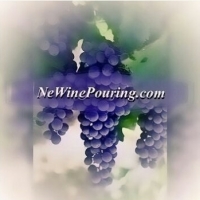 Praise 2 Worship exists to encourage anyone who longs to enter deeply into worship and experience what it means to give Jesus all our praise.

Hosea 6:5: "Therefore have I hewed them by the prophets; I have slain them by the words of my mouth: and thy judgments are as the light that goeth forth."