Amongst Christians, there seem to be two schools of thought concerning Bible Prophecy. One school of thought, possibly the vast majority of Christians, simply chose to ignore it; while at the other extreme they embrace it to the point of ridicule.

So how should we Christians regard Biblical Prophecy? To answer this question we need to look at a few facts concerning prophecy in the Bible and then ask ourselves a few pertinent questions. Hopefully we will be able to come up with a sensible answer to this apparent dilemma.

Firstly, let us make it very clear that we believe, and know, that the Holy Bible is the inspired Word of God.

There are various estimates about how much of the Bible concerns prophecy, but we go along with the view of a number of Bible scholars who have calculated that some 30% of the Bible is prophetic; therefore making

prophecy a substantial portion of the Bible. They also calculate that 80% of Bible prophecy has been fulfilled; leaving 20% of it unfulfilled.

The Bible contains about 31,000 verses and if we assume one prophecy = one verse, we find that over 9,000 Bible verses are prophetic with nearly 2,000 prophetic Bible verses remaining to be fulfilled.

Since God included so much prophetic insight in His Word, how can we simply ignore it? Primarily prophecy is a message from God, not merely foretelling future events. Of course it goes without saying that we have to be careful not to interpret unfulfilled prophecy to suit our position, whatever that may be. Date setting is one particular example where some Bible scholars have opened themselves up to ridicule, as well as bringing disrepute upon Christians in general and the Bible in particular.

So yes, we believe in the importance of Bible prophecy and the need to study it to try to help us explain some of the events currently taking place or unfolding in the world. Some of these we will look at and discuss from time to time.

We also believe that we need to be aware of the “signs of the times” so that we are not like the people (and religious leaders) of 2,000 years ago who, from prophetic scriptures then known to them, should have known the time of Jesus’ coming.

We don’t want the rebuke they received from Him when he said in Luke 12: 56:

Chris, from our fellowship, has an interest in Bible prophecy and from time to time will share his views with us on current events and how they relate to prophecy in the new series of “Bible Prophecy” on this blog. 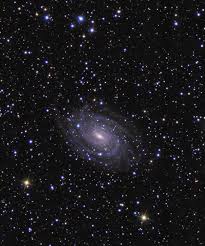 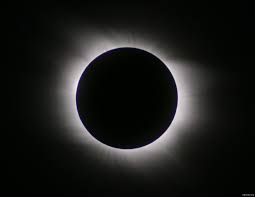 to know God and make Him known