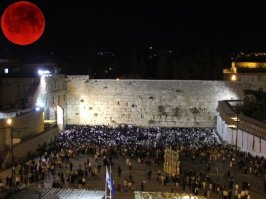 When God prepared to take the children of Israel out of bondage in Egypt, He decreed that the first Passover would take place on the eve of the 14th day of the first month of the Jewish religious calendar. Subsequently that first month was called Nisan. He further decreed that each year on the eve of 14th Nisan through to the eve of Nisan 15th, Passover would be celebrated as a festival to the Lord. The full story is found in Exodus chapter 12.

This year, 2015, Passover was celebrated beginning on the eve April 3rd through to the eve of April 4th.

We believe it is also important to point out that this year two blood red moons, total lunar eclipses, occur/ed. The first has already occurred on April 4th, Passover, and the other will occur on the 28th September, Feast of Tabernacles.  In Genesis chapter 1 we read that they, the two lights in the sky, serve as lights and also signs, but in Joel chapter 2 we read that the sun will turn dark and the moon to blood before the coming of the Day of the Lord. In Matthew 24 Jesus also refers to the moon failing to give its light at a time when the Son of Man appears again.

While we do not wish to place undue emphasis on the appearance of blood red moons over Israel, we would like to point out that when they have occurred in the past, significant events have occurred which had a great impact on Israel and the Jews.  According to ancient Jewish tradition, a lunar eclipse is a harbinger of bad things for Israel.  If that eclipse is blood red, tradition regards it as a sign that war is coming.  And blood red moons that happen during Biblical festivals seem to be particularly significant.

Another  date  of  significance  occurred  this  year.  That date  being  13th Nisan,  or  in  the Gregorian calendar, April 2nd 2015, the day before the eve of Passover commenced.

King Xerxes (One night with the King)

But first, before we look at the importance of this date as it relates to 2015, let us go back nearly 2500 years to Nisan 13th, 474 B.C. The book of Esther chapter 3 records that on that date King Xerxes of Persia, modern day Iran, issued orders, sealed personally by him, for all the Jews to be killed and annihilated on the 13th day of the last month of the year, called Adar; that was to be eleven months after the signing of the initial decree.

These orders had been engineered by Haman, one of the king’s nobles, who held a grudge against the Jew Mordecai  and his people.  Later we read that  through the intervention of Queen Esther, the

Haman (One Night with the King

tables were turned on Haman and all those who planned to kill the Jews.  Not only was Haman hanged but the king issued a decree enabling the Jews to arm and defend themselves on the very day that the Jews were themselves to have been annihilated on Adar 13.

What happened of significance on this day this year that is of concern for Israel?

On that day the P5+1, US, UK Russia, France China plus Germany, announced that a framework deal had been agreed upon between themselves and Iran (Persia) to enable Iran to continue with elements of its nuclear programme. Once the final agreement is signed, set for a future date, sanctions will be lifted. Of course Iranians were Jubilant, but many called for the destruction of Israel and Jews.

We know full well that Israeli leaders are very concerned about the negotiations between the P5+1 and Iran and that the agreement so far does not appear to prevent Iran from developing nuclear weapons in the near future; something being played down, especially by president Obama. Furthermore president Obama has also played down the need for the agreement to 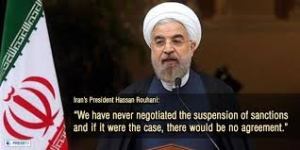 include a clause recognising Israel, as he seemed concerned that it would jeopardise any agreement. Surely that alone speaks volumes about Iran’s trustworthiness!

So in modern times, as in the times of Esther, there are those who are actively seeking to wipe Israel off the map even to the timing of such events lining up with the biblical past; Iran being in the forefront of that movement.

Can we draw any conclusion from these events?  Yes we believe we can.

Within the next few months Israel can expect to have to face some very difficult times, even a threat to her very

existence but in the near future can also expect an “Esther” to arise and turn the tables on those plotting to destroy her, even to retribution against them – the end date, as it was in 474/5 B.C. was 13 Adar, sometime in March 2016.

Chris, from our fellowship, has an interest in Bible prophecy and from time to time will share his views with us on current events and how they relate to prophecy in our series “Bible Prophecy”.

to know God and make Him known