“Old fashioned” but ever speaking

Give me the old-fashioned power of the blood, that old rugged cross and the exaltation of Jesus Christ as Lord and there’s nothing that can stand in my way as a blood-bought child of God.

The old fashioned power of the Blood of Jesus Christ is still there on the mercy seat in Heaven before the Father.  It has never been removed, it has never lost its power and it never will.

But the devil doesn’t want the Church to know the power of the blood.  In particular there has been a sustained effort to cover it up over these last few decades.  So let’s have a look at it.

What power does the Blood have?

What gives the Blood its power?

And how can we experience the Blood’s full power in our lives?

The Power of the Blood of Jesus

“ and by Him to reconcile all things to Himself, by Him, whether things on earth or things in heaven, having made peace through the blood of His cross.”

“ in whom we have redemption through His blood, the forgiveness of sins.”

“Whoever eats My flesh and drinks My blood has eternal life, and I will raise him up at the last day.”

“And they overcame him by the blood of the Lamb and by the word of their testimony, and they did not love their lives to the death.”

“But if we walk in the light as He is in the light, we have fellowship with one another, and the blood of Jesus Christ His Son cleanses us from all sin.”

“how much more shall the blood of Christ, who through the eternal Spirit offered Himself without spot to God, cleanse your conscience from dead works to serve the living God?”

“Therefore, brethren, having boldness to enter the Holiest by the blood of Jesus,”

What Gives the Blood its Power? 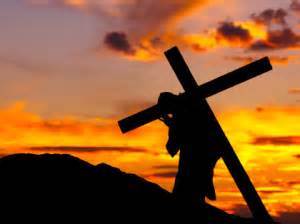 Like the old hymn says “There’s power, power wonder-working power in the Blood of the Lamb”…

The Blood of the Lamb surely has power even now.  We can testify to its power to cast demons out of people, save people and set them free..

But it is the power of the blood of the Lamb.

Not a mighty warrior, a conquering superhero, but a Lamb.  A lamb has a meek and humble disposition. A lamb doesn’t fight.  A lamb is led to the slaughter quietly, a lamb doesn’t protest.

It is the power of the blood of the Lamb

“So he said to me, “These are the ones who come out of the great tribulation, and washed their robes and made them white in the blood of the Lamb.” Rev 7:14

Jesus became the Lamb of God, who took away the sins of the world.  He was the final Lamb in fulfilment of all those thousands of lambs in the Old Covenant that were killed on the altar for man’s sin.

He literally became the physical Lamb as an atonement, but it was more than that.

He was also the Lamb in disposition.  Jesus was meek and unresisting.  In total submission to the Father He allowed man to do whatever they wanted to Him and He didn’t fight back, He didn’t resist, nor protest.  He yielded the whole time, even to death.

“And being found in appearance as a man, He humbled Himself and became obedient to the point of death, even the death of the cross.” Phil 2:8

Hebrews 9:14 says “how much more shall the blood of Christ, who through the eternal Spirit offered Himself without spot to God…”

Truly Christ was so humble that He offered Himself to God as the Lamb, willing to do whatever the Father wanted.

It was because of this disposition of utter self-denial, of the complete surrender of the Lamb and of His deep humility that God exalted Him and gave Him the Name above every name.

So we see how valuable this disposition is to God.  This was the disposition He was after when He created Adam.  But Adam rebelled against his Creator and took the path of Self instead. Thus all mankind has followed Adam down this path of Self and rejected submission to our Creator and God. This is the essence of sin: self and pride.

But God found that disposition in one Man: the Man Christ Jesus.

And His shed blood is the ultimate expression of this humility.

How can we Experience the Blood’s Full Power in Our lives?

Just as the shed blood’s power comes from the Lamb’s disposition, so too in our own lives, the power of the blood becomes available to us as we follow the Lamb and partake of His divine nature.

Just as He submitted fully to the Father’s will and yielded up His life to Him, so we too can know the full power of the Blood as we submit to the Father, willingly and quietly obeying His will, laying down our own wants, desires, rights and ambitions.  As we offer up our bodies as a living sacrifice to Him, He fills us with His Spirit and the disposition of the Lamb becomes ours.

Lord, help us to truly submit to You.  To lay down our life for you as You lay down Your life for us.  As we do, fill us with your Spirit and may the fruits of the Spirit, such as meekness, gentleness truly become evident in our lives.  We thank you for becoming the Lamb who took away our sins, may we become lambs now and follow You wherever you go. In Jesus’ Name, Amen

*Based on teaching from Roy Hession’s book “The Calvary Road”