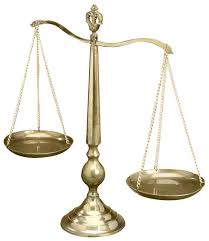 Jesus said that we are the light of the world and the salt of the earth. As society continues on its rapid descent into darkness the church is called to be salt in the earth, a preserver from evil. But we also are to be a light in the darkness – a place to where people are drawn away from evil and unto good. The thing is, because this world, its value systems and philosophies, is so quickly changing into a post-Christian mind-set, Christians are often seen as the enemy rather than the light. We are the enemies of progress, enemies of other religions, enemies of certain groups of people, such as homosexuals.

Is this right? Should this be the case?

In response to the post-Christian world around us one tends to find that Christians generally go one of two ways: They either accept society’s evolving standards, deny the truth, and be perceived as loving, (the “light”), in order to try to save some; or they go the other way and become so angry at the changing world and the fact that other Christians have denied the truth that they dismiss grace and preach the truth but with no love (the “salt”).

The thing is, we need to be both light and salt. We need to find the balance of grace and truth.

Okay, so this is what I can make of it: We absolutely, resolutely need to remain faithful to the truth of God’s Word. To change His Word, to

dismiss parts of it, to pick and choose the easy bits is just not an option. What this world needs more than ever is clear, decisive, objective truth. As this world is decaying we need to be the salt that slows the corruption. We need to either take all of His Word or none of it. We can’t have it both ways. We need to be resolved because we will be tested on this time and again. Know that if you are going to stand by the truth of God’s Word then at times you will be perceived as sounding harsh, unloving, intolerant. For a Christian to just simply speak the truth now is an act of hate. And here’s the worst bit: Most Christians feel the same. (Generally speaking) Christians now, rather than denouncing the sinful acts, denounce the preacher who is denouncing the sinful acts.

But…..and this is a big BUT…. It all comes down to the state of our heart. As Christians we need to understand this. There is no point preaching the truth, or trying to live by the truth of God’s Word if our heart is not right.

I have seen preachers, street-preachers, Christians who seem to hate the people they are trying to save. They are so angry at them. They yell, they point their fingers at them. “It’s God righteous anger” they say. Well, maybe it is, but let me ask you this: are you so full of the Holy Spirit that you are absolutely, positively sure it is God’s anger and not your own that you’re venting?

Are we angry at our son, our daughter, our sister, our friend because of their sin? Because they haven’t done what we want them to do?  Are we angry at the world for changing around us?

As we stand for the truth are we full of spiritual pride because we are right and they are wrong?

Have we let a religious or a legalistic spirit take hold of us?

They know the anointing of the Holy Spirit too. They don’t know what to call it but they see it and feel it.

God sent me two homosexuals the very first night I street-preached. These two young men mocked me at first, they kissed in front of me (shock horror!), they laughed at me. But God loved those boys. His love shone through me to them and they stayed with me for one and a half hours. I told them the truth. I told them what they are doing is an abomination to God. Yes I used those words, but not in anger or contempt, and God’s love held them fast. I shared the gospel of Jesus Christ with them. At the end we all hugged, cried and I prayed for them. One fell to the ground crying, the other clutched his chest and begged me to stop praying. Six years later I am still in touch with the one who fell to the ground. He calls me his favourite Christian. He calls on me for help when he needs it and when he does I still speak the truth to him in love. I am believing that he will be saved one day.

The thing with grace and truth is that people in the world need the truth, oh how they are starving for it! And they need the grace of God to

Let’s get our hearts right before our King and be full of His Spirit. Then His light shining through us will attract others to us so that we can speak the truth to them in love.