This is a fact, for God has given humanity freewill, and as such every one of us is free to accept or reject the prophetic Word of God. However whilst we do have this freedom, it must be acknowledged that with every exercise of our freewill, every decision and every action we take there is a consequence in the spiritual realm which alters the material world.  And it is true in this case as well.

God has laid out in His Word the specific consequences for both receiving the prophetic Word and the rejecting of it. In fact, He holds the reception of His Word as so important that He has said :

“He who receives a prophet in the name of a prophet shall receive a prophet’s reward…” Matthew 10:41

Why is the reception of a prophet so important to Him? And what is the prophet’s reward?

The Importance of the Prophetic 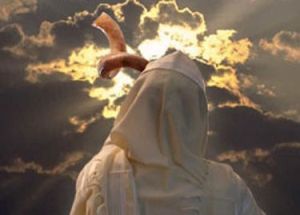 The prophet represents God. He goes forth from the presence of God and speaks what God has given him to speak. The prophet speaks the Word of God in the power of the Holy Spirit. It is not just speaking the Word, it is speaking it forth in the power of an anointing borne out of intimacy with Jesus Himself. The prophet is the ambassador of Christ in this world, and so the prophet and his message are inextricably linked. A true prophet cannot be separated from the message he brings.

We see this with Ezekiel. God had a message for Israel and He had His prophet to act out what he was proclaiming to Israel. He had to lie down for a certain number of days as a sign against rebellious Israel. (Ezekiel 4)

One cannot receive the prophet himself, whilst rejecting the message he brings. And vice versa is true.

Neither can the true prophet be separated from God. When God sends someone to speak forth His Word, then he/she is speaking it on God’s behalf. Rejection of the prophet and his message therefore is rejection of God and His Word.

The Way of the Flesh

The rejection of the Word of God is normal. What I mean by that is that it is the way of human flesh.   The flesh always resists the Spirit. It always has and it always will. The flesh has its eyes blinded and its heart hardened.

“But the natural man does not receive the things of the Spirit of God, for they are foolishness to him; nor can he know them, because they are spiritually discerned.” 1 Corinthians 2:14

I don’t know about you, but since I was born again I left behind “normal”. I don’t want the way of the flesh anymore, I am desperate for the way of the Spirit. As followers of Christ, we who are now living by the Spirit should be able to receive and hear what the Spirit is saying to the Church regardless of whether it is a message of encouragement/edification or whether it is a message of correction/reproof. You see, the Holy Spirit wants to work in us to conform us to the image of Christ and sometimes the old needs to be torn down first before the new can be built.

Rejection of the Prophetic Word

The consequence of the rejection of the prophetic Word is judgment and death.

This may sound harsh, but there is a spiritual principle at work here.

Because the Word of God is alive (Hebrews 4:12) when it is received it takes root in order to bring forth life, just like a little seed.

However when the Word of God is rejected, that place where life was meant to dwell becomes a vacuum. Nature abhors a vacuum and something has to take that place.   What enters in is corruption.  When Christ is actively rejected after the Word has been preached, a new level of corruption enters into that individual/church/city.

Jesus told the disciples what action to take with those who reject them and their words:

“And whoever will not receive you nor hear your words, when you depart from that house or city, shake off the dust from your feet. Assuredly I say to you, it will be more tolerable for the land of Sodom and Gomorra in the day of judgment than for that city!” Matthew 10:14, 15

The action of the shaking of dust from one’s feet is an act of judgment against that place.

“The Jews thought the land of Israel so peculiarly holy, that when they came home from any heathen country, they stopped at the borders and shook or wiped off the dust of it from their feet, that the holy land might not be polluted with it. Therefore the action here enjoined was a lively intimation, that those Jews who had rejected the Gospel were holy no longer, but were on a level with heathens and idolaters.” John Wesley

Jesus brings Sodom and Gomorra into the picture as a picture of God’s judgment.  It was an awful judgment of fire and brimstone against awful sin. Yet they were judged apart from the gospel of Jesus Christ – it had not been preached to them. How much more severely will God judge the place to which the gospel has been sent and rejected?

It is the same with us. Now that we are followers of Christ, partakers of the grace of God, born again from death into life, how much more should we be able to hear from God?

As the Parable of the Sower demonstrates, the result of that seed of the Word not being able to penetrate and take root is

You see if God wants to speak something to you and me, then He wants us to have ears to hear it. There is always a purpose to God speaking – and that is to bring forth life.  To close our hearts and our ears to Him is actually an act of disobedience. Remember Saul – he shut his ears to God’s instructions and because of his disobedience was rejected as king.  Remember Lot’s wife. She was specifically told not to look back at Sodom. She did, and became a pillar of salt. Death entered in.  Remember Adam and Eve. Specifically instructed not to eat of the fruit of the tree of the knowledge of good and evil. God warned them of the consequence of disobedience : death.

They ate it and death entered in.

Jesus Himself exhorts us to be able to hear. Over and again He says “He who has ears to hear let him hear what the Spirit is saying to the Churches.”

Why? Because He knows that faith comes by hearing and hearing by the Word of God. He says that seeing and hearing leads to understanding in the heart, conversion and healing. (see Matthew 13:14-15).

It Is Not Too Late

I want to encourage you that God is merciful  It is not too late to hear Him.

I feel that there are some in the Body of Christ who have rejected a Word from the Lord because it didn’t sit well with their flesh. Perhaps it seemed too big, perhaps you felt inadequate to receive it. Perhaps it was a reproof against a specific sin you didn’t want to give up or didn’t know how to give up. This rejection of God’s Word has brought about a measure of death in your spiritual life and you are now stagnating.

Let me tell you that until this has been dealt with you will not move forward. If you have any controversy with God then it needs to be sorted today. Get in His presence and be honest with Him. Let go of pride, let go of inadequacy. Let go of Self altogether and just allow Him to minister to you. Confess your sin of disobedience and ask Him to open your ears.  And then do what He tells you to do.

This is the way Life will flow again.

Reception of the Prophetic Word

“He who receives a prophet in the name of a prophet shall receive a prophet’s reward….” Matthew 10:41

Wow – this is almost too amazing to believe! God cares so much about the reception of His Word and His messenger that whoever receives a prophet, because he is a prophet, shall receive the same reward a prophet receives.

Whilst this is amazing it is also quite logical.  Considering that the rejection of God’s word is the norm of human flesh, then the one whom can receive it the Spirit of Life must already be working on in some measure.  The one who can receive from God has not a hardened heart nor deafened ears. Whoever receives a prophet because he is a prophet of God, is receiving the prophet as an ambassador of Christ. Therefore whoever is receiving a prophet ultimately receives God Himself.

Once again from the Parable of the Sower: “But he who received seed on the good ground is he who hears the word and understands it, who indeed bears fruit and produces, some hundredfold, some sixty, some thirty.” Matthew 13:23

When the seed of the Word is received in fertile soil, God is able to move and new life springs up as a consequence.

So What is the Prophet’s Reward?

Jesus said to His disciples “He who finds His life will lose it, and he who loses his life for My sake will find it.” Matthew 10:39

This the reward of a prophet. One who goes forth and speaks the Word of God, not fearing man but fearing God. One who stands up against the forces of evil and declare God’s truth. One who loses his reputation for the sake of Christ. One who confesses Christ in the face of persecution and rejection. One who does not bow to the pressure of man. One who puts Christ before himself. This is a true prophet and this one will find eternal life because, for the sake of the gospel, he has laid down his temporary life in this world.

And the one who receives the prophet and his words will share in his reward of eternal life because he has received him.  Because rather than resisting the prophetic Word in the flesh, he has heard by the Spirit.

This is a wonderful topic with much depth. I cannot cover it all in this one post but God willing I am going to write more on this. It needs to be stated that not all “prophets” are true prophets of God.   There are many false prophets in the world whom we should not receive, nor receive their words.

20 thoughts on “How to Receive a Prophet’s Reward”